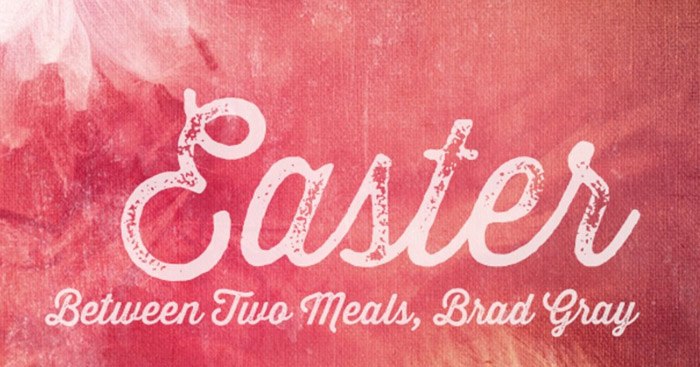 On the road to Emmaus on Resurrection Sunday, two people encounter the resurrected Jesus, and yet they don’t recognize him. In a fascinating conversation, Jesus helps them understand that faith in himself (and thus Christianity) is not just about the heart (belief), but also about the head (reason). In their gut, they believe Jesus was the messiah, and with their head, Jesus proves it to them through reasoning from the Scriptures. And then as soon as Jesus is about to leave them, they plead for him to have a meal. He does, and as he’s breaking the bread, they recognize him. The language Luke (the writer) uses harkens back to Genesis 3, and in this moment we realize that Luke is helping us to see the most significant reality imaginable – that that which was lost in the Garden of Eden through sin and death has been defeated by the resurrected Christ!